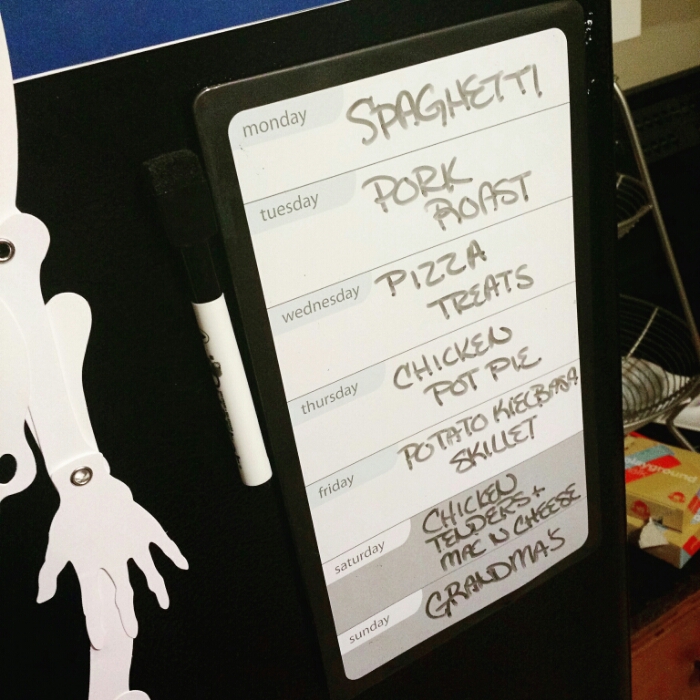 If you had told my twenty-two year old self that one day I would dutifully fill out a dry erase board every Sunday night with meals for the following week and then actually follow it… I would’ve laughed you out of the room. But, none the less, seven years later I would be doing exactly that.

I’m not really a list maker and consistent organization doesn’t come naturally to me at all, but it truly is the only way to manage three kids under four. Even with just Izzy we could hem and haw over dinner and then go out to eat. But now that results in a stressful, expensive meal and a late bedtime so I try to avoid it becoming the routine.

I have a few general meals I can make pretty easily that I know will please (spaghetti, pizza, my chicken “pot pie”) and then I add some more complex meals or different recipes so I don’t get bored of cooking or eating the same “kid friendly” stuff every week. (Breakfast and lunch are typically pretty slap dash and generally consist of the same four or five things. I can’t force that level of organization into my life – ha! – and I like to make sure they eat a good lunch they enjoy in case they don’t like dinner.) 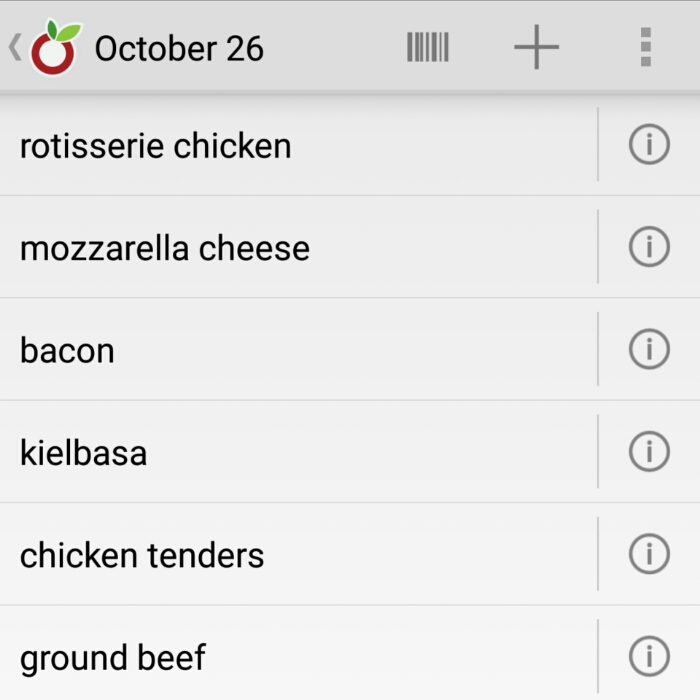 Then, once the big list is made I make an even more specific list. Anyone who knows me is probably in shock right now because I know I am just writing that – but it’s true.

I use my meal plan to write out a grocery list using the app Our Groceries (which is far from perfect but I like to be able to move the items around in the order I’ll find them in the grocery store and that is surprisingly not a feature found in many grocery apps.) I find if I don’t write out everything I need I WILL forget stuff. Every. Time. I’ll even forget stuff I realize that I forgot to include on the list while standing a mere two aisles away. That’s enough time to be asked eighty questions by Izzy and totally lose an errant thought. 😉

Then it’s off to Publix! I swore I would never use one of those big double carts, but now I am soooo thankful for them. I try to complete my shopping before they nap just to get it out of the way. Generally they are in a good mood – not so much today, but generally. 😉

Thankfully I know the store so well I can get through it pretty quick, and the people at Publix all know me and are super helpful when I need anything.

… If only they’d come home with me to unload my car! =P