There was an error retrieving images from Instagram. An attempt will be remade in a few minutes.

Today I have been painting our master bedroom in anticipation of our new furniture to be delivered Monday. I’m so excited! I haven’t owned a bedframe in my entire adult life. 😱 I’m taking a bit of a gamble with this paint job though because I didn’t warn Korey before hand. I’m hoping the fact that I only have trim left to do this weekend will make up for the unexpected project… 😂

But as I was painting I was thinking about how when we finally finally got the keys to this house (over five years ago now!) we were so excited to spend the night in “our home” that instead of going back to the townhouse we were renting we brought over an air mattress and set it up in the middle of the master bedroom. It looked so tiny in that huge empty room — hell, honestly most of our lives seemed so tiny for so long in this huge empty house with rooms we never went into and space we never utilized.

Yesterday I was talking to my sister and we were talking about nostalgia and I confessed that I’m not a very nostalgic person. I tend to always be looking to the future, only glancing back to make predictions about what to expect. And I don’t know if it’s because of that conversation or what but I’ve been thinking a lot today about these past five years and how I have put so much of myself into this house piece by little piece.

It’s taken me a long time — so long in fact that Behr totally redid their paint wall at Home Depot and no longer advertises the swatch of paint that is the foundation for my whole palette. 😂But each room that has been completed has had my full attention and care from the very beginning, tailored specifically to its purpose.

So even though it’s taken me an unreasonably long time to complete, I’ll always remember stenciling delicate pink cherry blossoms along Izzy’s wall, feeling her kick as I brought her nursery to life. I’ll always remember the panic we felt as we rushed to finish up the twin’s nursery after my water broke, Korey putting together cribs as I touched up the paint on their wall and hung new blinds. I’ll always remember sitting up with him as we built a thousand Ikea bookshelves after the kids were all asleep to set up their new playroom for them. And even though I’m not an inherently nostalgic person, I also don’t feel like I have to be, because those memories are there with me constantly every time I love through a room. ❤

I posted about half a million years ago about having a big room I wanted to turn into a playroom but not having the time or ability to finish it. Well, the first weekend I felt really really good after starting antidepressants, I changed that. 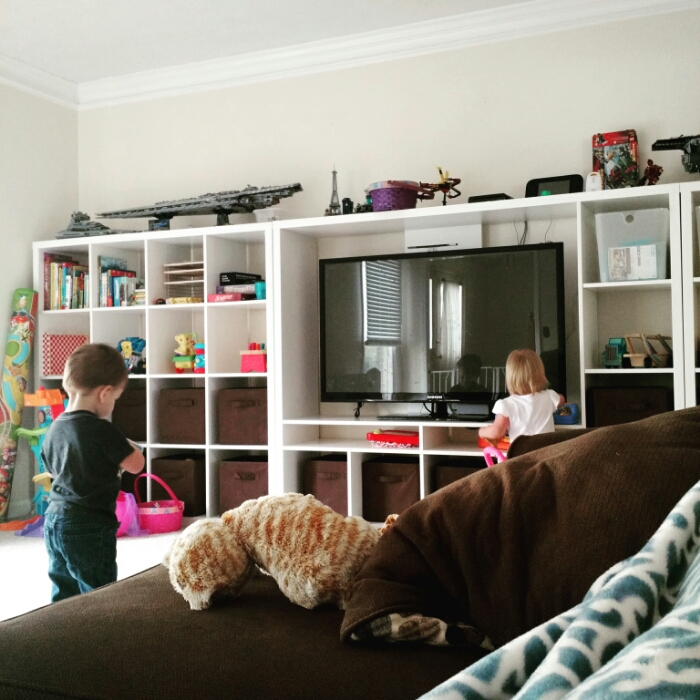 Historically Korey hasn’t always been on board with my remodel and furnishing ideas. Although I have a really good idea of what I want, he isn’t good with change and has a difficult time envisioning what I describe. But that’s why it’s my job and not his. 😉 However when he finally got on board with this project his support really helped make my vision a reality. Now he says it’s the best thing we’ve ever done.

I got my Lego table in there as well as the Ikea shelves that I wanted — which, by the way, are AMAZING. I takes me easily ten minutes or less to clean up this room now, even when it’s in a full state of toddler disaster. 😊 And although I didn’t get the couch I originally envisioned, Korey took me to Ashley and we got some awesome couches anyway that are super comfy and with enough space for everyone.

Best of all, of course, is that the kids love it! And it makes me feel like I could finally entertain at my house (if I had anyone to entertain — ha! 😉) I also feel super motivated to finish up other projects around the house as my vision for this place finally starts coming together after five years…!

In my life before twins, it was going to be a library/office for me. It’s rather large for that purpose, but I have rather large visions, and I was going to fill it with my computer and a sewing machine and craft tables and well. All that fell by the wayside once we had twins.

After twins I started to get the idea that I wanted to turn it into a play room. The kids could have their own TV in there, tables for blocks and Lego’s, boxes to put everything in, and we could reclaim the living room as an adult space. But it was back-burnered forever because of cost, because I didn’t know where to put the stuff that’s in there now, because I had three small kids and nap schedules to maintain and potty training and every other thing.

Well. Since lightening struck our house and killed our TV, we decided to get another one. It turned out we could repair the old one on the insurance’s dime so now we have a TV for that room. And minus the couch I want, that was by far the biggest expense.

Concurrently I decided to turn the fourth bedroom upstairs into an office. One day I want all my kids to have their own rooms but let’s face it, we’ll probably move to make that happen, and while they’re little there’s no reason they can’t share as they have been. But that solved my bookshelf problem and I’ve been setting the office up slowly but surely so I could move everything up there. 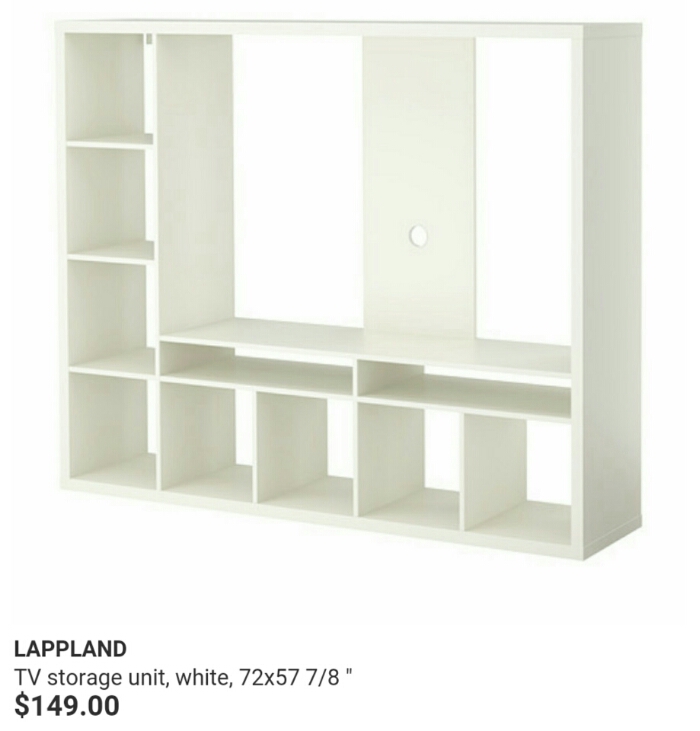 My end goal is to get a bunch of this IKEA kallax furniture for the far wall where the bookshelves rest now. I love the idea of having all their toys in boxes to fit in there. They can be themed or not but I can carry the brick box around the room picking up bricks (and I can also conveniently place some toys out of their sight/reach.)

I also found these matching activity tables, which rocks!! I really wanted a regular train table but I think two of these will suffice. They cost the same as a train table and honestly I’ve heard even the $250 ones don’t hold up that well, which is a bummer. But these match the look of the bookshelves and offer the same space so I’m pleased with this find. 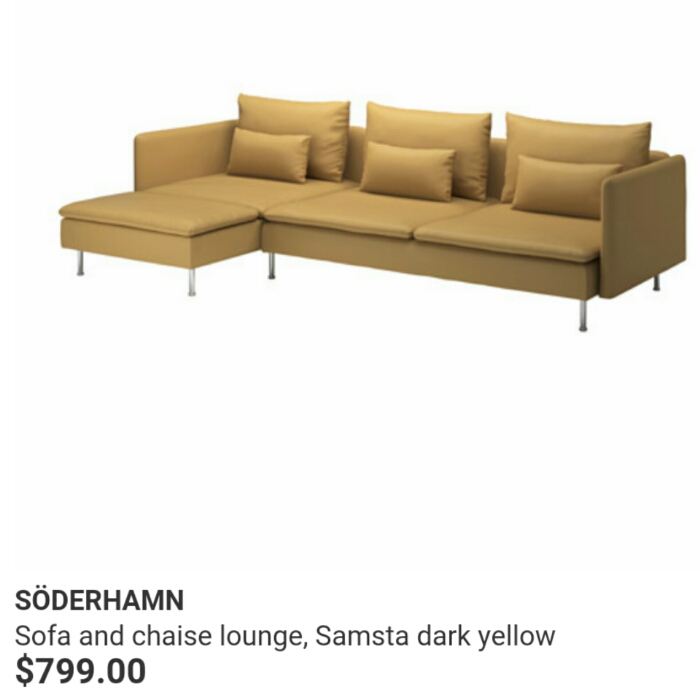 I ultimately want a long sofa like the one pictured above but that’s also quite a bit of cash we don’t just have lying around so we’ll make do in the mean time.

Also I’ve got a whole movie poster theme going on that I think will be super cute and a great way to fill the space on those long long walls.

My dream is to set this all up Christmas Eve for the kids to come down to that morning because Izzy gets soooo excited about stuff like this but let’s face it, that would be a serious amount of work for a few hours at night and I might not have the money to acquire most of this stuff by then. So that’s probably not going to happen. But at least I can set up their play kitchen I got them for Christmas in there. 😉 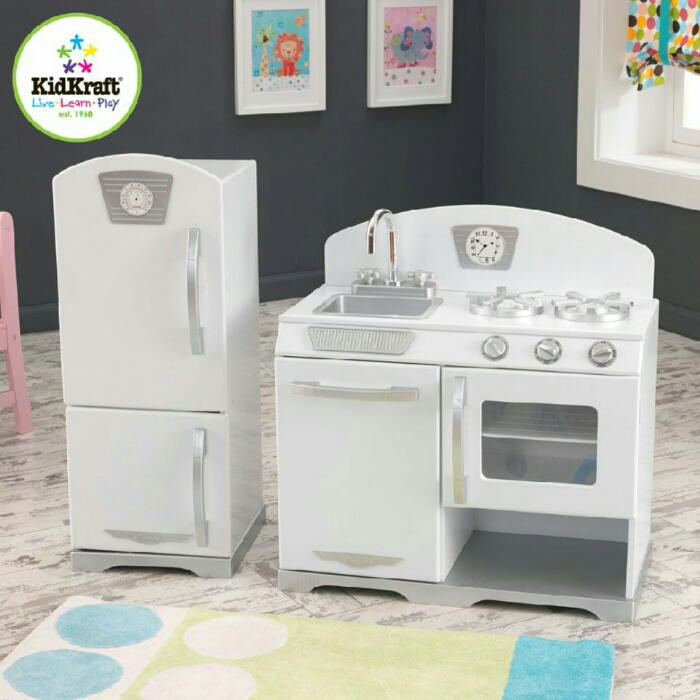 So here’s hoping I maintain some motivation but I plan to clear out (and hopefully sell) those bookshelves this week…! *fingers crossed*

This weekend was actually pretty lax for us. It started with a Halloween party at the YMCA. The My Little Pony costumes I’m working on weren’t really finished so I just stressed Izzy up in her play costume, which she still loved. The babies really enjoyed wandering around and dancing to the Halloween music as Izzy played little carnival games. Then we went to our favorite restaurant, The Marietta Diner.

And we promptly remembered why we stopped when Orin dumped his water on himself in refusal to believe that a cup with a straw does not need to be lifted up over his head and Zelda tried to climb into the table a thousand times. 😉

Saturday was soccer for Izzy and then my birthday! Korey had to go to a conference and so my mum came with me to soccer and then we went back to her place for a bit for lunch, cake, and piano.

Well. And also a nap. For Zelda, Orin, and all Izzy’s babies… =P

Then daddy came home and we ate pizza and chilled. Just how I like my birthdays. =) 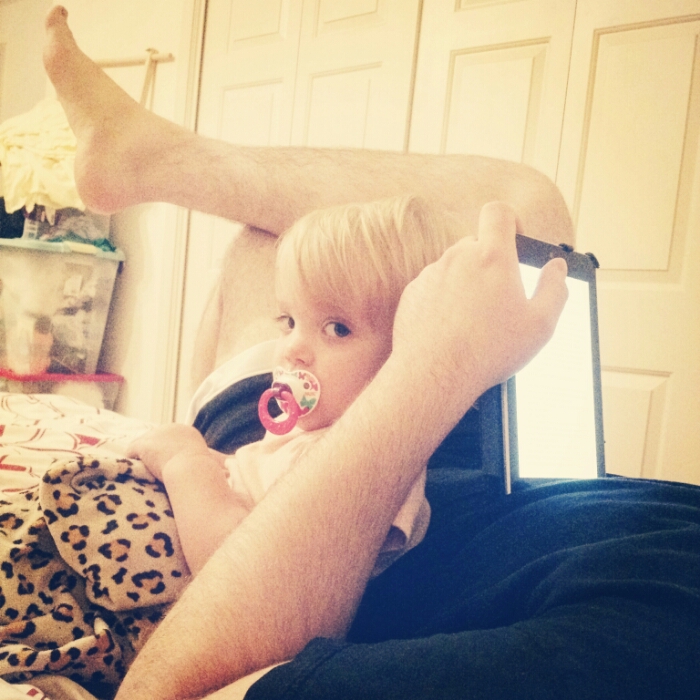 Sunday was the most lax day and I got up to clean carpets in the office so I could set up bookshelves up there to move everything in the current “library” up there. I’m trying to turn what was once destined to be a library into a play room for the kids so we can reclaim our living room as an adult space. Our living room is huge and a real pain to clean because pretty much every toy the kids own can fit under the sectional and the media cases in there. -_-

Which I’m well acquainted with since I cleaned the living room today too!

I’ve been moving the babies to one nap a day so they’ve been sleeping a long time, which is great. And they’ve been sleeping better at night, too. Orin has been doing especially great after his tubes and I’m really glad that we got the procedure done. He is so much more energetic and happy now – I’m so thrilled he is finally feeling better.

Which, I just HAVE to share these two cuties! During bath time tonight Orin started crying and Zelda came over to give him a hug then leaned forward and “talked” to him in the most soothing baby babble I have ever heard. It was enough to make this momma’s heart melt.

Now, if only I had actually made out my meal plan for the week, I could call this weekend a total success! 😉